Doing business in China - 80cn.com
The resin crafts industry is a traditional industry with rich local characteristics. It is the major part of the export-oriented economy of Fengzhe District. Resin crafts, also known as POLY, are made of thermosetting resin. Resin crafts originated in Europe in the early 20th century with Italy as the main production country. Resin crafts industry is labor-intensive, the need for lower labor costs force it first to transfer from Europe to Japan, and then to Taiwan, and then to Guangdong after China's reform and opening up, and then further transferred to Fujian Province. Currently the resin crafts enterprises are mainly located in the Quanzhou City. According to relevant statistics, around 70% of the total world resin handicrafts are produced in Quanzhou city, while the main production area in Quanzhou City is Fengzhe District. The resin products are sold to Europe, America, Asia, Africa and the Middle East, etc. About 36% of world total resin crafts are produced from the emerging Quanzhou District, which ​​only has an area of 126.5km2. Walking into the Fengzhe District is like entering a Kingdom of resin crafts with ubiquitous resin enterprises and dazzling arrays of resin crafts, such as vivid figures, flowers, birds, insects, fish, etc. Each piece is exquisite, unique, and clever, which not only indicates the superb skills, but also reflects the high standards. The famous Quanzhou South Circle Crafts Co., Ltd, which is located in Quanzhou City, witnessed the rising of Quanzhou’s resin industry. Established in 1996, South Circle Co., Ltd is a manufacturer specialized in water fountain and home furnishing resin handicrafts. It also engaged in export business. Since its establishment, the company adheres to customer-oriented principles and advocates innovation. By delivering exceptional quality products and services at best prices, the company aims to keep abreacts of international quality standards and enhance market competitiveness. 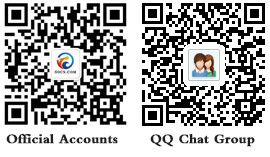